X
X
Back to the top

It all started with a stunning video performance that singer David Laun published on YouTube. Juan was impressed by the voice and performance of David and decided to pick up contact with him using social media.
The two met through a ZOOM conference call and that’s how their collaboration kicked off. The rock-song “Light Me Up” is the result of a co-writing partnership between the two musicians.

About he featuring artist:
David Laun is a singer and multi-instrumentalist, based in Germany. The music that influenced his style of performing reach out from 70s blues-hard rock to modern and progressive rock / metal. It is no surprised that the key elements of his singing are vocal harmonies, powerful high notes, solid timing and complex melodies which can be clearly heard on the rock song that David and Juan wrote together. 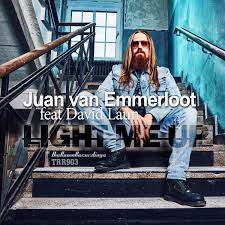