X
X
Back to the top

For at least 6 years, Juan van Emmerloot was a drummer in Robby Valentine’s band. The last time they played live on stage was at a reunion concert in May 2008. Juan performed on several albums, including Live & Demos, Valentine, United, Believing Is Seeing, V-Project, and The Most Beautiful Pain.
Juan: “When I was working with Robby I had the opportunity to see how multi-talented he actually is; songwriting, piano, keys, guitars, bass, singing, recording, mixing… Actually, the entire package that is described best as a “Recording Artist & Producer.”

Robby and Juan decided to collaborate on several tracks as co-writers in 2003.
Juan recorded everything on his mutlitrack machine, brought the recorder home and began working on some guitar and bass overdubs and started mixing… However, for some reason, he was unable to finish, mix, or publish these songs.

Now, 18 years later, it seems that the time has come to release the first single from that special collaboration

Juan: “I truly think that Robby is a good example of a genuine artist who always follows his heart and stays true to his music, no matter what other people say. Therefor I’d like to dedicate our song titled: “Don’t Give Up Trying” to him especially!”

mastered at TheRoomRecordings by Emile Bode 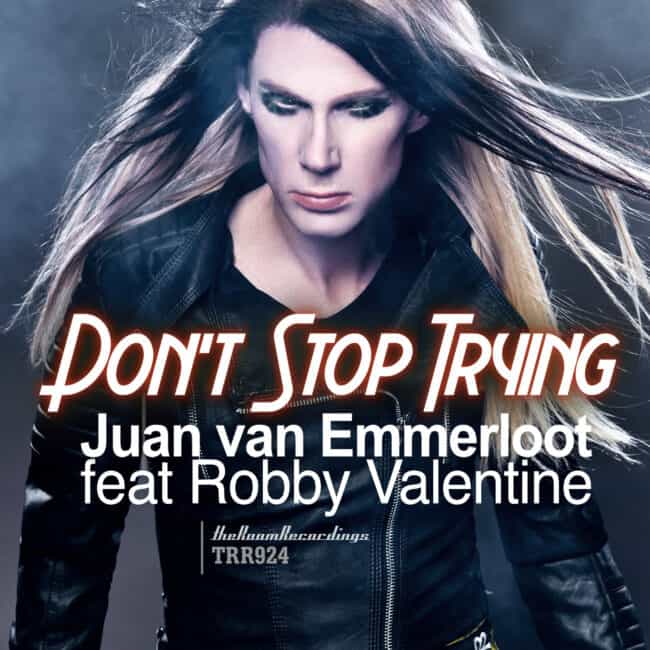